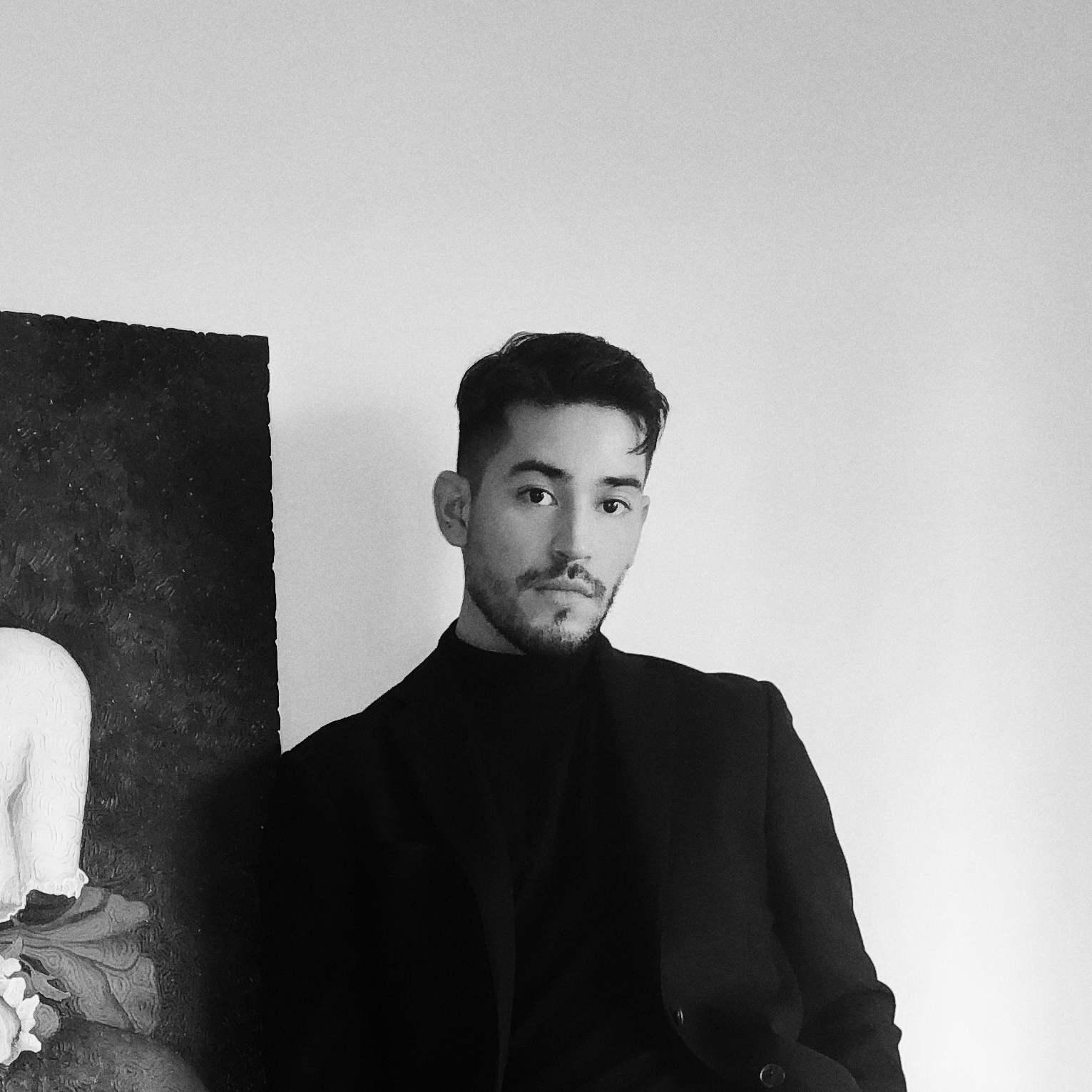 Ever since he was a little kid, Alberto has been developing a particular artistic sense, by creating different mixes of colour and lightning in his pieces.

Through his whole life, self-taught experimentation has been key, with personal research on different works and inspirations from different periods and styles. These studies of colours and materials have developed a personal style allowing his works to give birth to bursts of life through shadows and lights. These studies then extended to the movements of the human, animal and vegetable body. Years of reading, observation and experimentation have made it possible to transcend this artistic vision.

From 2013, Alberto has continued the exploration of oil painting by working on the walls of his childhood home, bringing out a certain taste for 18th century Baroque art. This activity was thus his best weapon to highlight his personality, his emotions, his fears and joys.

Then, in 2016, with his arrival in Paris he had an explosion of influences in its greatest diversity, overflowing and inexhaustible. While continuing his studies, he decided to resume his work in pastel and to sublimate it through these new discoveries.

Subsequently, from 2018, the acrylic process will make a comeback on his work, with the idea to keep innovating and experimenting on the techniques, with the creation of several canvases, which testify his influences and his admiration of great artists such as Vincent Van Gogh, Paul Cézanne and Claude Monet.

This was a decisive year, with the creation and mastery of his own style: Lineism.

Lineism is the union and, at the same time, the separation of colours, by lines that divide each ray of light, each part of shadow and every subject on his paintings.

In recent years, he has switched to oil painting, while developing his technique independently. Auto-didacticism has always been the source of his know-how and continuously nourishes his aspirations. This forces him to study all styles from a fresh and unique perspective, to draw inspiration from others while keeping his own style and to take a greater step back and look at art from a pure perspective.